Sergiy Petrenko, ex-director of  "Yandex.Ukraine", shared his recommendations. He touched on the questions of a preliminary research, competitor analysis and compromises. Sergiy works in Odessa, where he became a founder of the co-working and launched courses for startups "Experiment 42". The program trains the projects and gets them ready for applying to startups accelerators.

Marketing starts with defining the need

According to Philip Kotler, marketing is the work that begins long before designing a product. I understand that most of the people refer to it as the promotion. But along with that, the promotion is just a part of the process that emerges in the middle of the journey. The main tasks are about identifying what people need, how to develop a product and gain feedback.

In Yandex, marketing is viewed as product marketing and communication marketing (promotion). The product part begins by specifying the need.

1. Make a research prior to the launch

The majority of startups are launched to solve a problem relevant to two people on this planet. By no means should one rely on the concept: if I have a problem, it concerns everyone. Research and define what is important for people.

Along with that, if you are not ready to close the project or develop it in another direction, don't begin the research at all.

When you suspect that you are incurable and want to visit a doctor, plan for two outcomes: the first scenario is when the doctor confirms your fears, and the second in case you are healthy. When both plans coincide, you don't have to go to the doctor. Same here, if you don't know how to apply the research results, don't research it to begin with.

An available method of testing is focus groups. Take a group of people with a problem, provide a solution, observe them and request feedback. Another variant is split tests. Track where people click on the website, divide traffic in half, then change the settings and watch the users' behaviour.

2. Learn what people need, not what they want

And now I will say the opposite thing — don't make research. There is no paradox. It's important to define what people need, their desires make no sense.

This quote is believed to be have been said by Henry Ford: "If I had asked people what they wanted,  they would have said "faster horses".

It illustrates the point. If you were asked 10 years ago what device you needed to call friends, you would hardly mention a piece of metal without a single button.

The Apple company never done market research. It's impossible to research what does not yet exist.

In 2005 it was impossible to predict what people expected from a smartphone with a touch screen. In 1980 it was difficult to understand what design the graphic interface should have because the first GUI’s were produced with the Macintosh personal computer. Even if somebody suspected in early 2010 that he wanted to have a tablet, he didn’t initially think to himself that he would need an iPad.

From 1955 to 1979, Sony produced 12 devices, starting from a transistor radio and ending with the Walkman player. Not once did these products that were so innovative, they created a new gap in the market, were referring to market research.

But how did the companies define what people needed?

One of the founders explained that they observed what problems people have and how they try to tackle these problems themselves. And then it sounds so simple: you define the problem, you know how people solve it — all you have to do is to offer a more comfortable solution. For example, get rid of the stylus for an iPhone and make people tap on the screen with their fingers. Or shopping carts in the supermarket after a woman put her basket on her child's toy car.

Don't ask people how they are going to solve the problem. Look at how the problem presents itself. Moreover, take into account that people often lie when they are asked.

A popular test: people who left a WC were asked if they had washed their hands. Almost all of them said yes, however, the camera over the washstand documented that 40% of respondents lied.

When answering a question, people usually say how they want to act or how they would behave in a given situation but what they say they’ll do and what they actually do can often be different.

Many services start by distributing invitations where people can register for the alpha testing. Everything seems to be fine, apart from the fact that they assess the product perspectives by the number of subscriptions. Even though they accept the invite, people are not always going to use the service.

This is the question of free beer. If you propose to give people beer for free, many people will come to at least try it, but if you then hope that it will be purchased, I'm afraid the result will disappoint you.

3. Let the competitors prove the futility of ideas

This leads to the following: don't look at the existing solutions of the problem if people are not satisfied with them.

It's better to learn which mistakes were made by competitors, rather than copy the solution. An attempt to clone the idea will lead to repeating missteps.

There used to be a website of contextual advertising called Begun. It ran several product functions at a time: contextual call, pop-up links, etc. We were asked many times when we were going to implement this into Yandex. However, we understood that Begun is a pioneer in this, and that we should just decide which of those innovations will come in handy and which will not.

The futility of many ideas is proved by competitors, therefore keep an eye on the latter.

Why else should one learn from his competitors? In half of the cases, while talking to startup founders, I experienced the following: they don't realise that the problem has already been solved by someone else. The so-called champions of new ideas sometimes make the mistake of following an already failed business idea without realising.

You can easily lose yourself within the flow of new information — it's impossible to read a TechCrunch within one day, but it does not mean that you should not search for the information required. In this subject area, gaining sufficient information is critical.

4. Product segmentation — no universal solution for all

Attempts to create a product suitable for everybody leads to creating a product unsuitable for anyone. For example: either you get Linux or Apple with one button and without a keyboard.

There are no products that are suitable for everyone. Even the iPhone has functions that are attractive to some people, but others remain unsatisfied by the inability to perform a certain action.

After all, there should be a segmentation for the product — product capabilities, different types of subscription, users scenarios. Just don't make this typical mistake — attempting to appeal to everyone can lead to the failure of your product.

5. Why it is important to remain uncompromising

To meet the deadline or keep within budget constraints, developers may compromise on product quality. This should not be done.

Show an uncompromising attitude and maximise your productivity— these are the main tasks. When you don’t offer a solution but alternatives to customers, you are kind of answering another question.

Compare two products: Apple iPhone and Nokia 5800. Actually, this is one and the same product. The difference is that the first variant is made the way it should be, and the second one solves the same tasks the way it can. 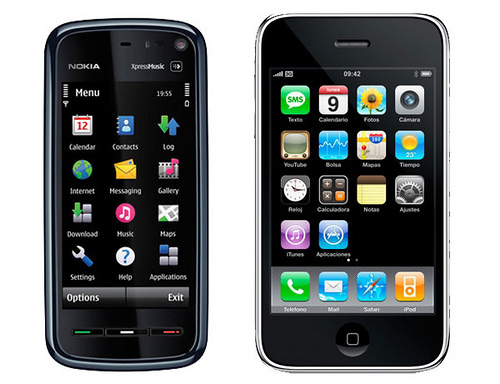 Nokia was produced 8 months later. It was very popular, but it could not beat the iPhone. The reasons were because it had a stylus, resistant screen, an old-fashioned operating system (Symbian), slow Internet connection, etc. Although the Nokia was very stylish and appeared to be very popular, it did not survive. At the same time, the first iPhone is in use even today. This is because of the developers' uncompromising stance.

We all understand that to launch a startup, it's necessary to develop a low-budget MVP and test a hypothesis. But if we’re talking about a mature company, the task for the team is to go all out on the idea and maximise the sales potential.

Here are some examples of how we tackled the difficulties when working with Yandex.

2 years after Yandex has been launched in Ukraine, the search did not identify the symbols of the Ukrainian language. The application was developed for Russian users and didn’t recognise other languages.

When we taught the search system to recognise the symbols, the mail appeared to have the same problem. Ukrainization of the interface did not help. An address book was in another place, and in order to use Ukrainian symbols, we had to apply HTML Entities. At this moment the problem we encountered seemed impossible to solve, for there was no Unicode yet.

The team encountered another interesting challenge in 2006. We were launching "Yandex.Afisha", when we noticed that IDs of some events intersect. A movie in a Kyiv cinema could easily appear to be a concert in Arkhangelsk. We eliminated the coincidences.

Another example of being bothered by old problems. Two weeks prior to uploading new panoramic views of Ukrainian cities, it appeared that the physical storage is too small to store it. What should we do? Create a new data storage? It would take another year of work.

The most interesting thing happened in 2014, when after the referendum we saw a different perception of the same fact on different territories. First, we faced a problem with the maps:

Taking one of the sides would mean a difficult compromise. In such a way we would save time and resources, but lose the majority of our users. So we decided to create two versions of what's happening: Yandex.ua displays its current reality and Yandex.ru — its own. We let Crimeans choose which browser they want to use in order not to offend anyone. 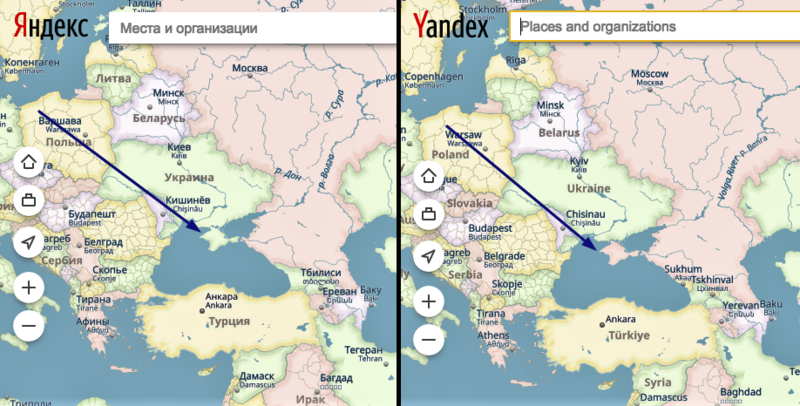 But it was only the beginning. Then there were questions what laws should be taken into consideration when displaying an advertisement, what about switching the time, how to display the weather, etc. We listed all the problems and it filled 4 pages. Over the next two weeks, employees of the company stayed in the office to solve the problems. But I believe we resolved the principal task of the Internet service — we displayed what a person sees in real life. 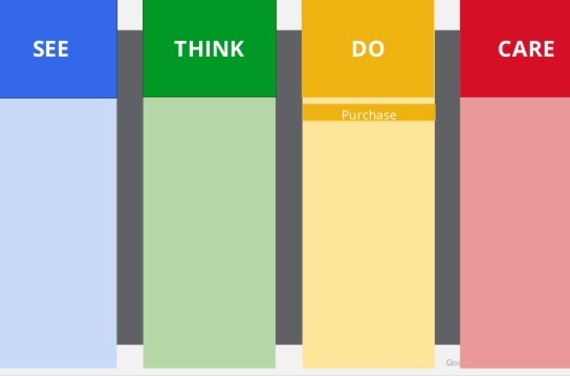 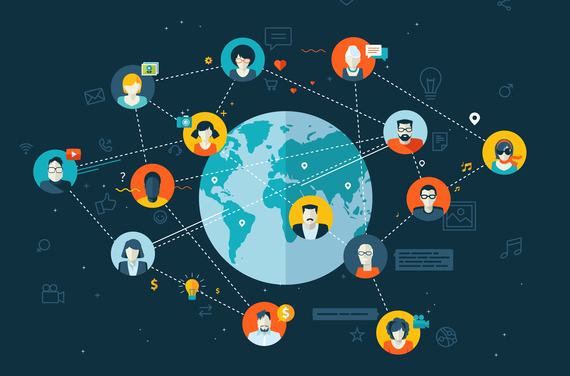 GrowthHow to start a viral campaign