The Doba.ua website, which provides listings for daily apartment rentals, is now one of the most popular of its type in Ukraine. Its launch was initiated 7 years ago by Ievgen Lavreniuk along with his partner Ihor Farberov. Now Ievgen curates this project remotely as an owner. In the interview, he talks about the launch of his service as well as applied business models and competitors in the market.

The Doba.ua Internet platform showed up in 2009. According to the original idea, the online marketplace should offer an alternative to renters: instead of posting an advertisement in newspapers, people could do it online.

At that moment, in Kyiv, flat owners had been publishing their advertisements in newspapers. We took the same model and applied it online. There was a project with a similar idea called TimeDom. But what made us different was that we covered the whole of Ukraine from the very beginning, and later this gave us a huge advantage.

The website emerged in five cities simultaneously: Kyiv, Odessa, Lviv, Kharkiv, and Dnepr. Everywhere the standard template was applied: first, the landlords were invited to post a free advertisement on the website. Then when the flats achieved a certain level of popularity around the city, flat owners were required to pay to post an advertisement.

When we informed the landlords that they will now be charged for posting an advertisement, only ⅓ of them remained. But as soon as they began to pay, they got 3 times the interest in their properties immediately, because the number of accommodations available on the website was reduced.

It took around 2-3 months to find these landlords. Then they all started to pay to use the service. After that the amount of revenue generated from rental income increased naturally, so the Doba.ua project recovered its initial investment within 1,5 years.

Stepping back in time, we invested $3000 in this project. We had been working on it for a year before we started to see a return, then the project recovered its investment within 4-5 months. Today this is pocket change, but seven years ago this was a lot of money for the company. 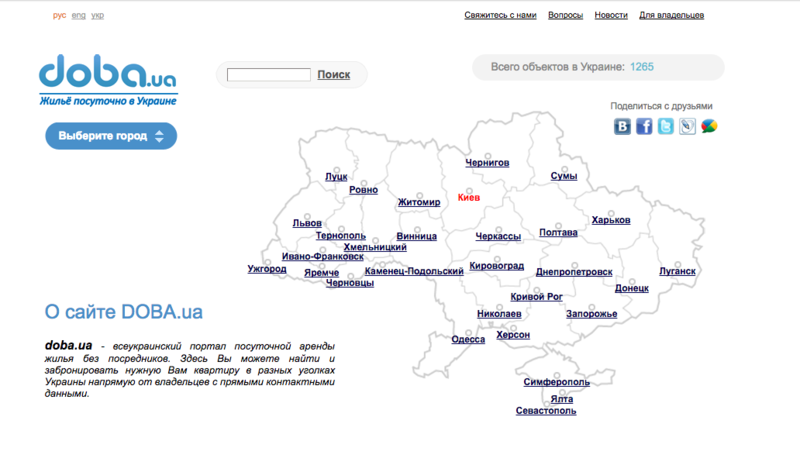 A business model of the Doba.ua marketplace was changing over time

In Kyiv, Doba.ua, a daily apartment rental website was launched in July, and in October it became commercial. The transition period took 3 months. This is an average index in all the cities. Besides the commercial posting of the advertisements, another two business models were tested on the website — a booking fee and auction on posting rental advertisements.

Testing took about a year. The business model was rejected due to several reasons:

This scheme was tested in a number of different cities. The point was that apartment owners made bids on posting their advertisements during the day (minimal price is 15 cents + money that the landlords wanted to add). The search list was generated depending on the bids: those who made a bigger bid got to the top of the list.

During the first two months, the scheme generated 20% more additional income. But after that, the income began to decrease, and in 5-6 months became significantly lower than it was prior to the testing. The system appeared to be difficult for users to understand, and they started leaving the marketplace.

The basic business model turned out to be the most suitable for overall usability. Landlords who offer apartments on Doba.ua, pay around $9 to post a standard advertisement and $13 for the premium one. The prices vary depending on the city and season. For example, in Odessa the price is the highest in the summer, in Lviv — in the winter. 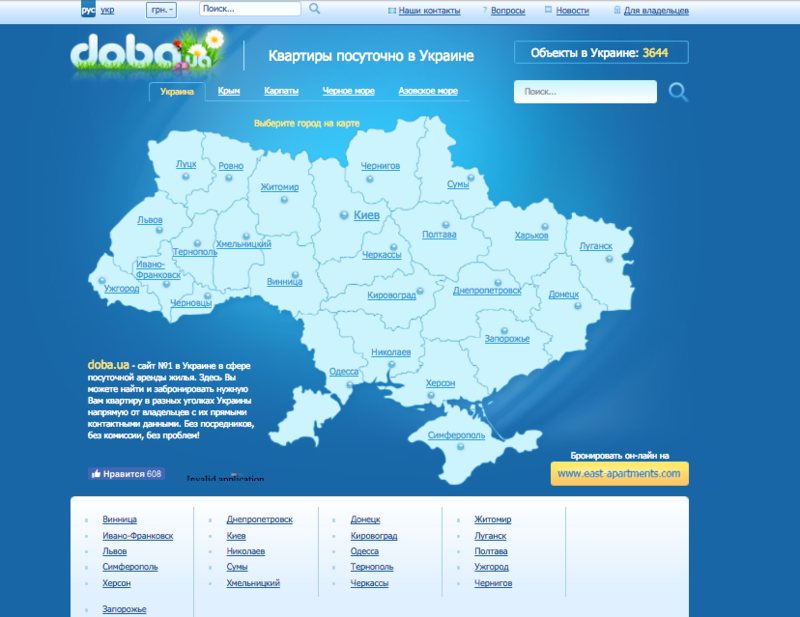 Difficulties when launching the project

At the launching stage, the team faced two fundamental difficulties.

1. There was no developer within the team. The e-marketplace was launched by two people who were mainly responsible for management. So the site development was outsourced to a separate studio that worked on the website for 4 months. The website was developed in Python along with a rare framework Zope3. Doba.ua became a hostage of the situation: technical support for the platform could have been provided by only one web studio — the one that developed it.

Afterwards, the problem was solved when we recruited a lead developer from that web studio. The same problem arose again, and now we are remaking not only the design, but the whole platform from scratch, adding new functionality to the site.

As we were not technicians, it was hard to assess the quality and efficiency of how the developer had been working. The only thing we could do is to take or not take what he was saying at face value, as we had no background in this kind of work. If I was to launch a similar project myself I would never do it without a developer in the team to begin with.

2. People were not accustomed to paying on the Internet. The price for posting an announcement was generated similarly to prices in newspapers. But at first people refused to pay $1 for adding the advertisement to the web platform.

We had a successful approach — in Kyiv, we limited the amount of advertisements that could be posted on the site which created a sudden spike in interest, the landlord's rushed to make a posting. We said: we will display on this web platform no more than 100 apartments. This led to a very cool effect. We did not have to sell anything, we had a queue of people who were ready to bribe us to make us add their flat to the site.

Doba.ua: last quarters revenue and why we were lucky to make it

Today the team has less than 10 members: a project manager, specialists in internet marketing and payment systems, 4 moderators and a PR manager. For 7 years of work, we have a large number of flats (more than 50K) in our database, lots of ratings from real people and a number of loyal clients. Each day, 50 new daily rental advertisements are posted on the website, the platform is visited by more than 20,000 people.

We had a synergy effect. Our site was the only one that rented out flats in every city in Ukraine. There were many inner links, and that facilitated launching the project in each city. For example, the key search request “flat rent daily Khmelnitskiy” was in the TOP 5 Google search results within a 2-week period. We did not even need to hire a SEO specialist.

The company did not spend a dime on promoting the search results. If we had 24 websites, each on an individual city, we would spend an individual budget on each site. In our case, we were being promoted due to our already large presence.

Only one marketplace has a chance to become successful

The results of the project were backed up by the confidence that only one online marketplace can be successful on the market.

This is the situation when you cannot open 2 similar shops on different corners of the street and make both of them become prosperous. The Internet has no limits, so to make progress the project should be either the first or the best.

Being number one is always risky. You carry the burden of many experiments and mistakes. You may not even live till the end because along the way you exhaust your resources when making wrong decisions or you let the market get used to the new format.

It is much easier to be number two, a follower. The market is ready, and you can see its potential. You can correct the competitors' mistakes and outrun the first ones due to more intensive and diligent work. It is easier than starting from scratch. I would look for such niches that have only just started developing. 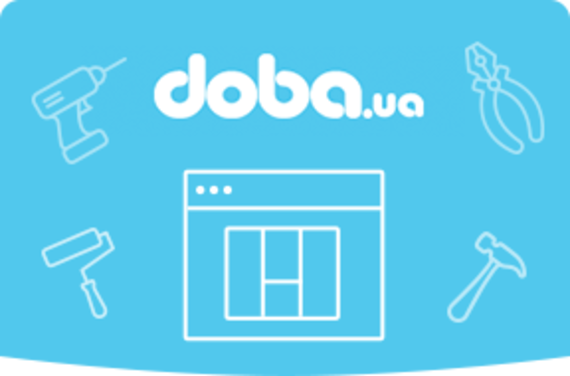 A marketplace where people can sell second hand clothes in Ukraine

Marketplace for online apartment booking in 383 cities around the world