The online platform eBay has recently reached 164 M registered users; Uber is a taxi service that currently operates in more than 60 countries around the world. These, along with others, are bright examples of profitable marketplaces. Their mission is to help vendors and buyers find each other on the Internet regardless of the demand: it can be a search for a more unusual service or just for calling for a taxi.

What is a marketplace and how does it work

When in 1995 Pierre Omidyar launched the eBay Internet platform, he became a founder of a marketplace without actually realizing it. On the site, he gathered collectors and those who were ready to pay for the rare items.

A marketplace is a type of e-commerce web platform that helps sellers and potential buyers find each other online and then interact. 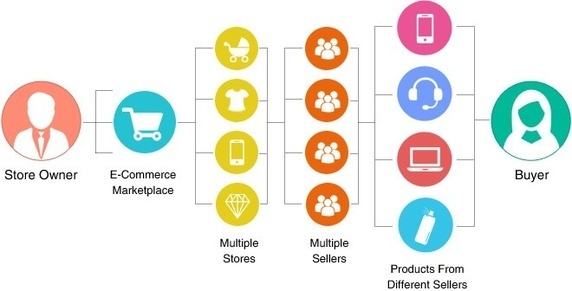 A broken laser pointer for $14 was the first sale on eBay. A man, who offered the lot, had been collecting pointers since his childhood. He decided to exchange his stored items with anyone who had the same hobby. The new service provided a sales platform for his interest — it allowed the collector to find a buyer.

After that, a lot of weird things were sold on the eBay marketplace: a wedding invitation, Shakespeare’s manuscript, which survived a fire, a resort in the USA. A desperate person from California even put his life on the line. No matter how strange sometimes the lots were, each was in demand with the audience. This is where the company’s slogan came from: «When it's on your mind, it's on eBay».

The idea — to create conditions so that customers could meet vendors — became a groundwork for defining marketplaces.

Such a model of this web platform is relevant for sellers who provide goods as well as services. Uber marketplace is a confirmation of the last statement.

Travis Scott and Garret Kemp were unsuccessfully trying to order a taxi in Paris, when the city was covered in snow. At that moment, they had an idea: it would be very convenient to press a button on a mobile phone to search all the vacant cars driving around. In March 2009, they implemented this idea in America, and in 2010 their business became international.

Uber is one of the most popular marketplaces within the service industry — it facilitates finding a vehicle in different regions all over the world (over 450 cities). Clients track the taxi route and pay for a ride via a mobile application. Other companies, where you can hire a baby-sitter, find a gardener to cut your lawn, or a vet to treat your dog, started using the same principle.

If you do not understand why marketplaces won the Internet, think of them from the user’s point of view. What is easier:

How to identify a marketplace on the Internet

The main factor that identifies a marketplace is a large number of vendors on one web platform.

A vendor (provider) is a company-supplier of goods or services that produces and sells goods.

Due to the huge number of vendors, a marketplace conquers users with a diversity of propositions. A client can always choose more and better. A rising number of interested buyers, in their turn, makes an e-marketplace attractive for new vendors. To make this scheme work, a marketplace should fulfill three functions:

As e-marketplaces become more popular, they push out Internet shops and focus online trade on themselves. In order not to get lost among existing marketplaces, take a look at examples from certain topic categories. 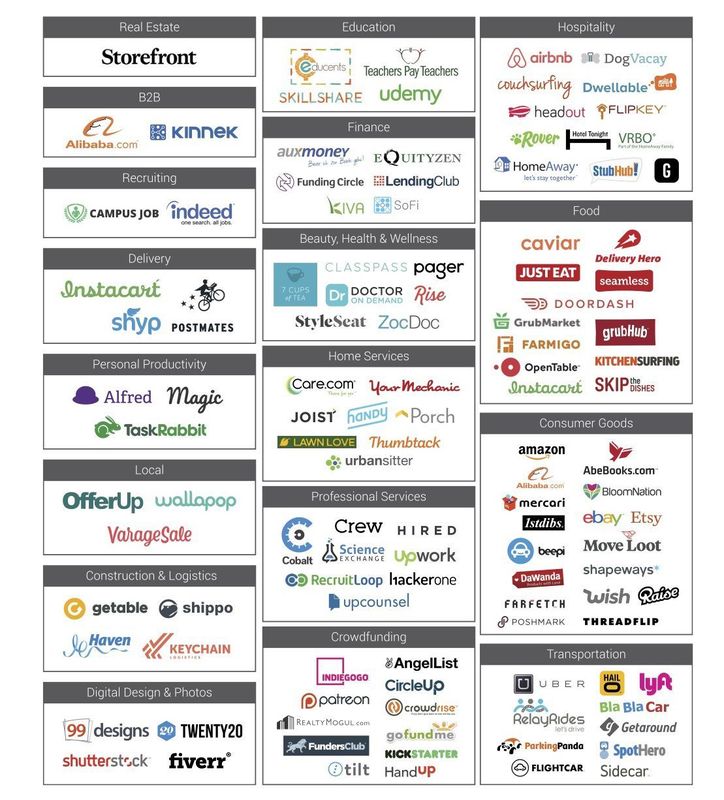 Establishing a marketplace can be beneficial for business initiative. The questions that would be faced at the first stage are: how to choose a niche, define a demand in a service, develop and launch a marketplace. Answers will be given by professionals and experts of the domain in our following articles.