According to the research made by CB Insights in spring 2016, a huge number of startups — 42% — failed because the market had no need for their products. This research confirmed the Lean and Agile fans beliefs: do not waste your money, make a minimum viable product first.

What is the MVP: minimum costs, maximum results

Lean and Agile coaches agree that MVP is the only way to test the hypotheses and the ideas. However, what is the Minimum Viable Product? The author of the book “Lean from the Trenches” Henrik Kniberg metaphorically explains the term: 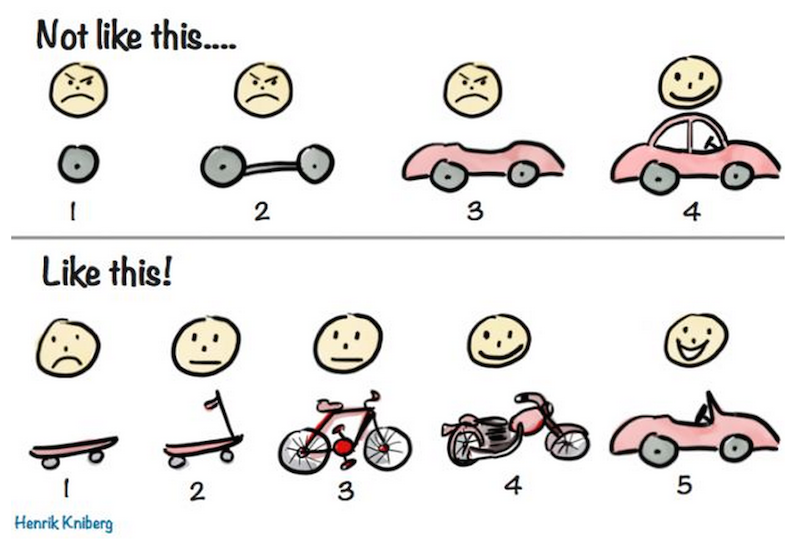 In the top row, you can see the traditional method of development. In this case, all you can offer users are wheels, spare parts, the machine frame, and an assembled car. You will spend a lot of time and a substantial amount of the budget for assembling, but there is a chance, that the final result will not satisfy the customers (i.e.: the market will not need your product, and your startup will be one of the 42% that will be unsuccessful).

The second method is based on creating an MVP product. Concentrate on the user's problems (to get from one point to another) and introduce to them the MVP solutions. For example, one might begin with the skateboarding example.

Give users a chance to take a ride and find out the opinion of a focus group. Feedback will help you to improve an MVP product step by step: to transform a skateboard into a scooter, then into a bicycle, then into a motorcycle, and finally into a dream machine. The important part is to let the users use the product on each iteration. It will not be perfect, but it will partially help to solve their problems. You will save resources for further development and discover what can be done better.

The main part to focus on regarding a startup is not the product; it is the growth. Remember how YouTube began. In the first few years they had poor service: servers went down daily, the videos wouldn't buffer, and at the same time their competitors Dailymotion operated smoothly without any problems. But nowadays Dailymotion has only a small presence online, and the creators of YouTube sold their platform for $1,65 billion.

A similar model to MVP is called the Cupcake Model, which also emphasizes that the product does not need to be perfect when it's at an early stage. Imagine that you want to bake a wedding cake. You invite customers to try a cupcake so that they can taste the ingredients such as the dough, stuffing and the cream.

You can find out more information in this video:

The cake model of product strategy from Brandon Schauer on Vimeo.

MVP meaning: A Minimum Viable Product is an initial offer to clients with a minimum set of functions, which has the maximum value.

Developers removed all unnecessary functions and created the simplest prototype you can imagine. They downloaded music from their laptops to a service and played it several times until they got a clear sound without delays. These guys didn't care about copyright issues, interface and usability — their main intention was to introduce streaming technology to the users. 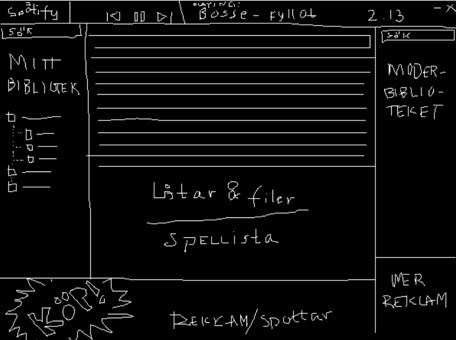 The creators of Dropbox published a four-minute demonstration video that explains the service features two days before the launch. That was the startup MVP. People who watched the video subscribed to the newsletter. The Dropbox beta waiting list went from 5,000 to 75,000 people overnight. If you missed this video, you can find it here:

Initially, it was a WordPress blog. A Few months after the launch, developers added a widget that sent coupons by email.

When we were making an MVP for Pure, the application where you can search for sex partners, we found that it was better to change the interface colour from white to black because most users used our app at night.

A customer survey in Google Forms set the start date for the social network. By the way, it was a pretty good idea to request feedback online — the questionnaires could be easily sent to friends and relatives. It is possible then to conduct high-quality customer research with the help of Survata. However, we are jumping ahead of ourselves. We have already described some MVP surveys here and there.

Fear of failure: is the MVP an unfinished product?

The author of “Lean Startup” Eric Ries says that an original formula for finding out what a minimum viable product is, is taking what you think is right for now and cutting its features in half, repeating it twice and shipping the product back. The final MVP would be eight times simpler than the planned one.

Founders of startups are afraid that people will hate a product with such a small amount of functions. However, Eric is sure there is nothing to be concerned about. If the reaction is negative the product can always be fixed in the next release. 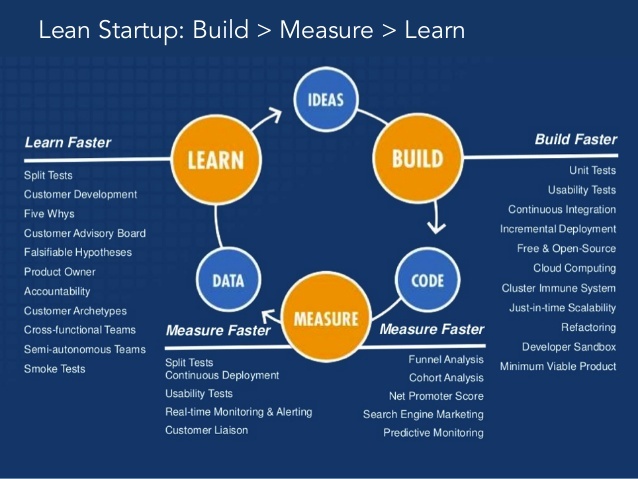 The iterative process of creating an MVP assumes that you are able to return to the starting point of a particular stage of development.

Lean process is based on continuous feedback. First, you build an MVP, something small, then show it to users, receive feedback and understand where to go next. You create a product and add new features step by step.

You will not avoid mistakes, so be prepared to accept criticism. It is better to hear it now than later after you’ve spent an enormous amount of time and effort on development. 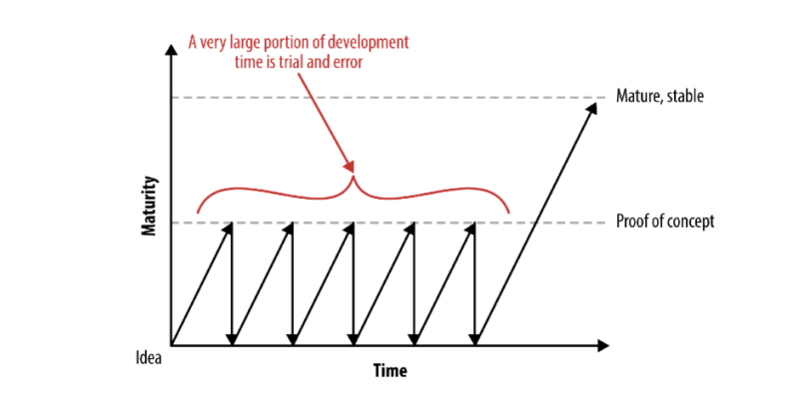 Your experience is the only thing you can invest into a startup. There is no other way to determine what will happen to a startup in the future.

The word “viable” in the abbreviation MVP has different meanings. Henrik Kniberg, the man who created the concept of the skateboard prior to the car, offers us some different MVP definitions: 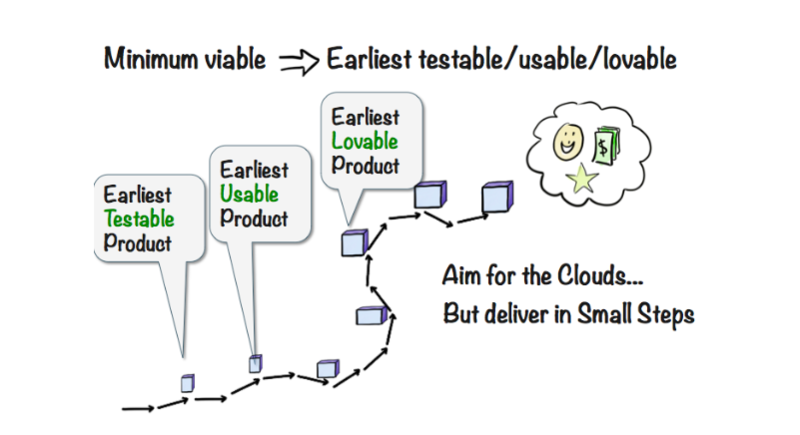 These products are built step by step, but all of them fall under the MVP definition. Henrik went even further and explained it using the example of the new Spotify decisions, at what stage is there a need to establish a minimum viable product and what happens to it next.

MVP in the structure of new development solutions

For convenienсу, you can use the scheme below. It consists of 4 stages

At the first stage you make a hypothesis, then you create a description and a blueprint of the prototype which will be used for development.

Each solution for Spotify goes through the stage “think”. For example, the “Discover” tab is based on the idea that the audience will be delighted to see some good music recommendations. As for mobile radio (“Radio you can save”) — users might like the idea to save a playlist that plays on air. 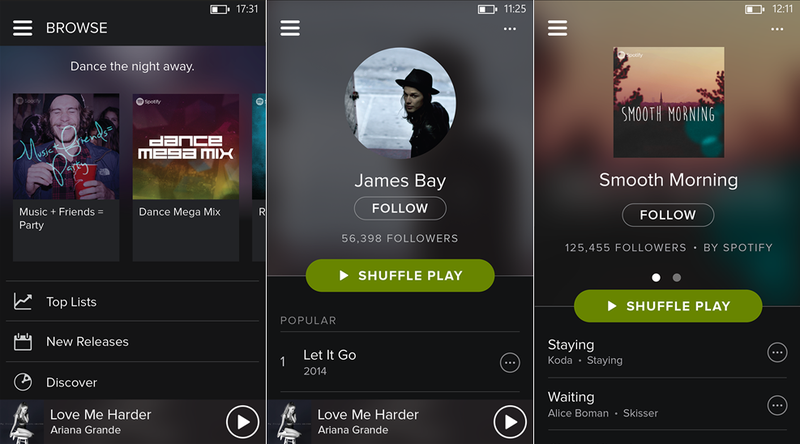 When the hypothesis is ready, a team starts to build an MVP — this creates only functional elements to ensure that their solution is suitable for the audience. If an audience is not interested, they just drop the idea. When the idea is resonating with people — then you should test and tweak it until you get the desired result that can be shown to all users.

Of course, it will not be perfect, so even after the release there comes the point where you need to work on tuning the product and fixing any bugs. The whole cycle looks like this: 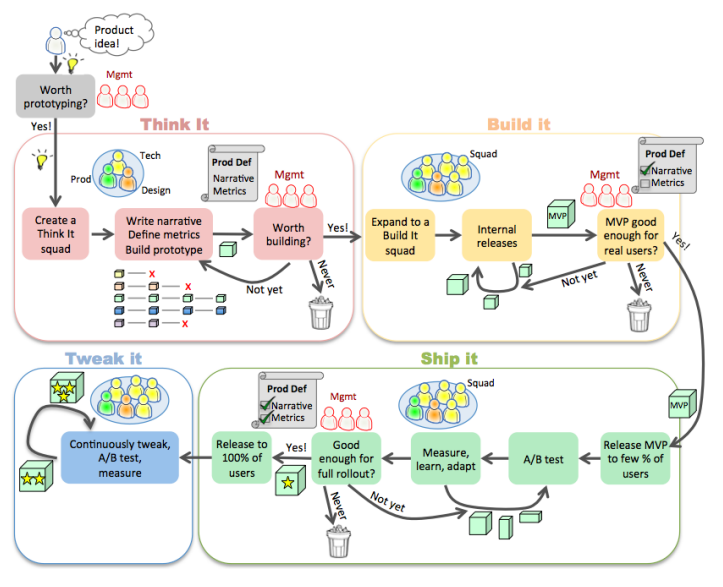 This approach reduces the risks and allows you to spend money more wisely. It shows benefits of using the MVP because you need to know as soon as possible whether or not the market needs your product and whether it is commercially viable.

Read the full version of the article “How Spotify builds products” in English.

Also here you can check out some interviews with the founders of different marketplaces who have a first hand experience of building an MVP for their projects. 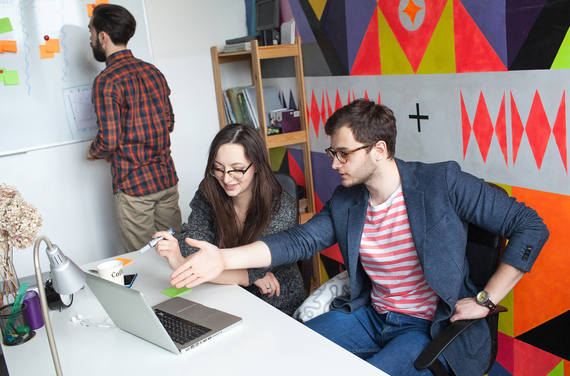 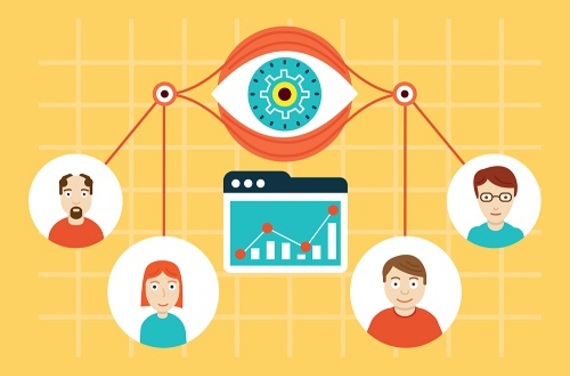 DevelopmentUX Design based on user research